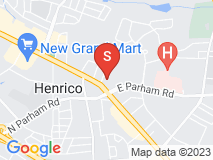 Service dept. would not do a repair covered in a service bulletin

The Service department at Pearson Chrysler Jeep Dodge Ram is doing a disservice to the community, not doing their due diligence to see if a repair would be covered by a service bulletin, instead charging customers when their repair should be free.

Chrysler corporate informed us to take our Jeep to a dealer for a "proper diagnostic" after the Jeep would not go over 2500 RPM and I informed them that there is a TSB (Technical Service Bulletin) #E05 that might cover my repair.. They referred me to Pearson Chrysler Jeep Dodge Ram. I called and made an appointment, informing them that their corporate office referred me for a diagnostic. I dropped off the Jeep the night before my appointment, as informed, expecting to be reached the next day. I was not contacted by 12:30 the next day, so I called. They said they did not get to my Jeep yet. I called again after work, at 4:30, they informed me that they would like to start with replacing a my camshaft sensor. I brought up the E05 TSB, at which point they tried to tell me that the "recall" covers something else. I decided to go to the dealership to see the TSB on their screen. When I got there, they showed me the TSB, which exactly explained my issue, matched my type of Jeep, by VIN, all that was needed was a the engine build date off of the engine. I was told that their repair tech is gone for the night, it was 5:30 now, they close at 6:00, and they would try to find the date the next day and compare it to the dates listed in the TSB and if they matched they would cover it. The next day they did not call me at the time they said, so I called them two hours later. They informed me that they could not locate the date, so they decided not to cover the repair. They were not concerned that the TSB exactly described my issue and matched the VIN check, the only thing that was still needed was the engine build date, which they conveniently could not find. They did not even check the service manual or ask corporate, instead they told me that the date is on a label that is now no longer readable. If they would have checked the manual, the date is engraved on the engine, it cannot be erased.