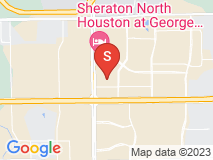 Noticed the smell of gas within a couple of days of the hot water heater install. Had to have a tech fix the leak from the FLES to the galvanized drip leg.

Noticed water dripping from side of the house. Had a handy man come by and was told it was the overflow line from the A/C. Had a tech come out. The installers never hooked up the main drain line. Called the company to have someone come by to see if any damage was done due to the amount of water that had leaked onto the room for weeks. They sent out a work crew to fix the damage, which they were told that it was inside damage, not the roofing. Crew was told that they had done the install of the drain system,
which they didn't. They had their supervisor come by and take look the next day. Never heard back from them

A month later, I called to get an update from Abacus, got told that a customer service team member would contact us. Never heard back.

Called again yesterday, surprise! They'll have someone from their customer service team contact me. Still nothing.

The techs were great and I was overall happy with the work they did. Even the mistakes made by a couple of them wouldn't have kept me from recommending their work.

The failure of the company's follow through though has made it that I wouldn't recommend them.