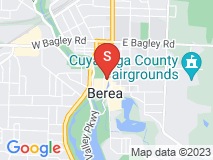 Fast and efficient service. I love the carpet!

I called Puchers recently to put in some new carpeting in my house. They were here on time. They were very fast and efficient. They explained to me what they were doing and what they were going to do. There were two guys who came out and they worked pretty closely together. They were able to move my furniture in a timely fashion.They were careful with the furniture too. I think the price was reasonable.

I've worked with Puchers on a couple of other occasions as well. They did some window treatments for me, putting in shades and maybe some painting. They also removed some carpet from the bathroom and put in tile. I love the carpet they put in, it's great. I thought they were very professional. I liked the way they told me ahead of time what they were going to do with regards to where the exact edges of the carpet would be.