A 2nd generation family owned business serving the area for over 55 years. We can simplify your shopping experience...you will not find anyone easier to deal with. 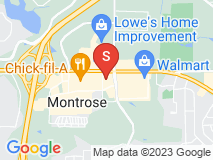 Not a happy customer

I must be the only one dissatisfied with my carpet from Clupper Bros. or maybe only the good reviews are published. I chose a mid-priced Mohawk carpet for my living room which was nothing out of the ordinary. When it was installed, neither my Dyson or Wind Tunnel sweepers would go over it. They seemed to freeze on the carpet and wouldn't move, and the suction was too much. The owner assured me that it was not their carpet. Thinking it was maybe my sweepers, I took them both to a sweeper repair company nearby and also brought him a sample of my carpet and padding. He told me if was not either sweeper, but that there was some kind of moisture barrier on the carpet that would not allow the air to flow causing my sweeper to not move on the carpet. The owner would not accept that explanation and continued to say it was not their carpet. He had to end up bringing over and giving me his floor model old Eureka that isn't even made anymore. That was the only sweeper that would work on the carpet. He did try to figure out a way for my Kenmore sweeper to work, but it is hit or miss and the extreme suction can't be good for my carpet. Every time I vacuum my living room carpet, I get upset all over again. I had just bought a new house and had several rooms to carpet. I have since used another company and have been very happy. No suction issues!! I would suggest that you test out your carpet sample to be sure it will work with your vacuum.