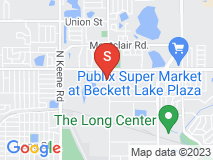 I recently had 8 windows replaced by Armortech Windows and Doors Inc. and must state that it was a very positive experience. The owner, Dave Yount was present during a portion of the installation which I found very impressive that he took the time to be on the job. There were 2 teams, total of 4 staff members, Mike, Angel, and 2 guys named Josh and they were pleasant, efficient and interested in providing quality work. There were some unexpected situations encountered such as a broken exterior window sill and it was taken care of the same day so that the window installation would not be delayed. The removal of the debris from the old windows was removed without issue and the interior cleanup was well attended to. I feel that it was a major job very well done and I would highly recommend this company.