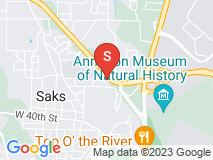 We've used Ted's Abbey Carpet & Floor twice now, once with my in-laws, and once for ourselves. Originally we were going to go another route the second time, but we decided we would rather pay a little more to use Abbey. I like that when they came out, they measured quickly. They were able to quote me exactly down to the penny based on which flooring I picked. It made it so much easier to know exactly how much money we would be spending for each different type of floor. They have always been polite and professional with me, even when it came to the installers. We had a different set of installers each time we used Abbey, and both were good. Everything looks amazing. The two times that we used them it was quick, it didn't take long and it just made it look like a brand new home. They did a wonderful job.