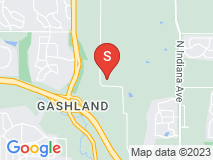 I brought my beloved Pitbull, Molly, to Elkhound Ranch Kennel after my city, Weatherby Lake, ordered me to remove her because of their Pitbull ban. I left her at Elkhound while I desperately looked for a home for her. I called Elkhound regularly to check on her. I asked the trainer to work with her and was assured that she was happy and adjusting well. I was told that Molly was out playing with the other dogs daily. One day, I received a call that I should come get Molly and take her to the vet. They sent me pictures of her kennel with red blood everywhere and claimed not to know where she was bleeding from. I went to pick her up and couldn't believe my eyes. Molly had lost 14 pounds and could barely walk. When I took her to the vet she was severely anemic from loosing blood over several weeks and she was close to death. She was loosing blood from her colon. When I called them I was told that she hadn't been out playing with other dogs because they didnt know that I wanted that. Everything they had told me was a lie If you love your baby like I do don't take it there !! The owner is a liar! Molly healed as soon as she left there and is re-homed. I still wonder what happened to her. The vet cost over $1000.00 and Elkhound charged me $1200.00. RIP off! She was traumatized. FYI the barking there is deafening! Text me on Facebook for the pictures of her kennel with blood everywhere. Jackie Firestone

Please forgive my delay in responding. It was very important that I spoke to each of my staff members and spent some time myself reflecting on your situation since your boarding occurred back in September thru November of 2018. You originally reached out to Elkhound in desperation to pursue my Senior Trainer and have him draft a letter to your Home Owners Association regarding your attempt to keep a banned breed on your premises. Molly had drawn attention to her existence within the community and the HOA had asked you to abide by the same rules and regulations that all other residents must. My trainer informed you that we would only feel comfortable drafting a recommendation letter if Molly went through our entire training program. This would allow enough hands-on to note Molly’s behavior. You opted out of our training program.

Upon bringing Molly to Elkhound only to board while you sought to rehome her, my Senior Trainer allowed you to purchase some individual, daily training lessons so he could view her behavior, build some repour with her and try to align an avenue for us to help you further. This was not typical to our training structure, but we did this to try to assist you. You informed us that Molly was dog reactive. This disqualified Molly from playing in our play groups with other dogs. When you called to check on her, our trainer informed you that during the evaluation days, Molly had begun to interact (NOT play) with others. She was also receiving her alone yard-time as is standard to boarding guests. Simply put, you informed us that Molly was dog reactive so we definitely did NOT turn her out into the play yards with others.

You insisted that Molly have the knucklebone that you provided. This was not recommended by my staff, but you indeed insisted. It is not uncommon for those bones to cause intestinal issues or even internal injuries when ingested. Again, you insisted. When Molly began passing blood from her rectum, we notified you right away. Rectal bleeding can sometimes be caused by change in environment as well so we monitored and cared for the situation and you showed up two days after our notification to take Molly to the vet. She was definitely not bleeding for weeks.

You paid $918.25 and not $1200. This included your observation training days. My Manager followed up with you a few different times after Molly went home and you never mentioned any discontent, but only that Molly’s recovery was going well. I am uncertain as to why you do not understand the existence of barking dogs within a Dog Boarding facility, but nevertheless I apologize for any discomfort this may have caused you. Your recommendation letter was not granted due to Molly being Dog reactive, not completing our entire training course and having health issues. Molly did great for the long duration she stayed. She quickly became a staff favorite, she ate her meals regularly, she played with the staff and was very lovable. Animal welfare is our passion and we are all here because we truly care about animals. In fact, we are extremely grateful that you made the choice to re-home Molly. You had no right to place Elkhound in the middle of your HOA issue, although my staff would give the shirt off of their backs to help a dog in need. You had no right to lie about what you spent on care at my place because $1200 is indeed incorrect. You blame us for your persistence surrounding your bad choices and then say we lie. I never lied to you nor will I stand for such actions by an individual presenting this on each of my social media pages. Therefore, I am extremely excited that Molly has a new home.