Energy efficient and technologically innovative hot tub designs, both residential and commercial, in-ground and above ground. 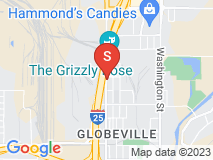 I purchased a Artisian Spa from this company in May of 2017. They were more than happy to sell me a spa and seemed very knowledgeable. However, about 4 months later my hot tub had a leak and they had to come out and repair the leak and in order to fix the leak they had to remove some of the insulation and they weren’t going to replace the insulation they removed. They said it wasn’t need, but why would it be there in the first place if it wasn’t needed. I finally convinced them to add some attic insulation where the spay on insulation used to be. About 7 months later I had one of the hot tub hinges break due to the cold temperatures and I went to theire store and got a replacement part without any issues. Now 9 months later another one of the hot tub cover hinges broke and I went into the store to get a replacement part and they refused to give me one saying that’s not under warranty. Funny since it seemed ok 2 months prior to give me a replacement part and I thought the entire hot tub was under warranty for a year. The guy said that you are suppose to unlatch all 4 hooks every time you use the hot tub, however when I bought the hot tub they showed us how we only needed to unlatch the 2 front hooks to uncover the hot tub. He was trying to blame it on the wind, etc. and in reality it was the cold temperatures and a poorly designed hinge. He was willing to give us $5 off a pack of 4 of them for $20 when all we wanted was 1. Then he tried to sell us a 2 $30 a piece belts to secure it from the wind when that isn’t the issue as it’s in a very secured fenced yard. Looks to me like he was trying to make an extra sale for something we didn’t need or want and was willing to make rectify the issue at hand and seemed to have an attitude. You would think they would be willing to stand behind the products they sell. It was only a $5 part and they won’t cover it under warranty. So from here on out I would not recommend their company nor buy any of there products or chemicals. SO BUYER BEWARE THIS COMPANY IS WILLING TO SELL THE PRODUCT BUT DOES NOT STAND BEHIND THERE PRODUCT OR OFFER MUCH CUSTOMER SERVICE AFTER YOU WALK OUT THE DOOR!!!