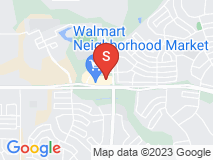 I called TNT Tree Service for a quote. I spoke to Tim he came out and looked over what I needed. I was not home so he called me back we went over what the expectations were. He quoted me a great price. This was 9 in the morning. I told him great when can you all start? He told me the crew could be out by 11 am. I took off from work got home by 1030 and his crew was preparing to start the work. 4 hours later it was like they were never there. It was cleaned up the tree gone all good. This was not some tall pine it was a very large Oak that was decaying. Limbs were not over my house but my neighbors house. I was concerned about the large limbs falling on my neighbors place. All I can say is AWESOME job by Tim and crew.
Thank you Tom