Bio Clean, Incorporated is a fully licensed, bonded and insured contractor. Bio Clean works under the authority of the Washington State Health Department. 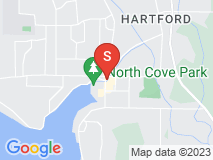 Bio Clean assisted in a clean up at my neighbors house. His wife was out of town and she had not been able to reach him for several days so she asked me to check on him. He had passed away. The local fire department gave me the names of two companies to call. The first company seemed to not have a good handle on the project at hand. I just didn't feel comfortable with them. When I called Bio Clean the atmosphere was totally different. They immediately gave me a sense that they were in control and knew what needed to be done. They were honest and trustworthy and did not try to oversell things. This happened during the weekend but they were willing to meet me the next morning. They showed up 2 minutes early in fact. They were on top of it. It was obvious that these people knew what the situation was and understood what I was talking about and they knew what they needed to do. They were quite amiable. It was such a relief. I had initially given them my credit card information since the decedent's wife was still out of town, that way they could proceed. When his widow arrived back in towh she dealt with Bio Clean and everything was handled smoothly. They did it respectfully and in a minimum amount of time. They also did the minimum amount of work without overcharging for things that did not need to be done so that it was not an outrageous charge. I've got to hand it to them, their outfit is well put together and they handled everything with grace. I even called the fire department who handed me the two referrals and I told them of my experience with both companies and gave them my recommendation that they should only use Bio Clean when they refer people out for the service. I would recommend Bio Clean!