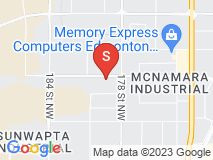 I had an awful experience with Jaehn's Autobody Shop and I'm really disappointed that I went with them. They had to take off my hood to do the work and somehow or other they pushed down on the plastic piece adjacent to the windshield. It's now squished down and it's dislocated. It's also got some kind of stain on it which I can't take off although I've tried various things. They also got a scratch right on my front door. Then, they told me it was going to be a four-day deal to get the work done. It turned out to be three weeks. I didn't even call them before seven days was over because I knew they had to order in some parts and I wanted to give them some time. They apparently kept getting the wrong parts and had to keep on sending them back. I think my truck was over there for too long because it's all smudged up now. I waxed it and some of it's okay, but there are smudges that just can't be cleaned. They were supposed to get brand new parts and just take care of it. But none of it turned out right. I just feel sick about the whole thing.