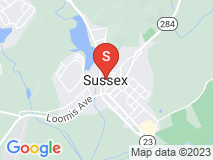 Tom Madsen worked on a vacation cabin of ours that was damaged by a storm in 2011. A month before hurricane Irene, there was a wind storm. One of the things that complicated the rebuild was that the storm caused a lot of damage in the area Tom Madesn works so we had a delay in starting with the project. By that time, winter had kicked in and it gets cold up here in Vernon, New Jersey. They had to work against the cold and we couldn't be there for the rebuild so we corresponded over the phone and email. We eventually went out there to look at it and they really did an terrific job.

Our neighbors even let us know that they worked over Thanksgiving weekend to finish up replacing the roof. They also cleaned up every bit of debris that was there. Some minor problems came up after but they addressed them immediately and even contacted the manufacturer for the door that we were having problems with. They really did a beautiful job.