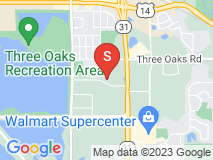 DO NOT CHOSE THEM FOR YOUR MOVE!

This complaint is regarding the fraudulent business practices performed by Adco Van and Storage, Inc.

In June 2018, we contracted Adco Van and Storage for moving services from Island Lake, Illinois to Crystal Lake, Illinois. In May 2018, we did an initial walk through of our house in Island Lake with Adco resulted in a moving estimate of $2,151.00. Please see the attached quote referencing this amount. Adco knew how difficult of a job this was as we were downsizing from a four bedroom house that we happily lived in for 20+ years. We agreed to the estimate and scheduled the move.

On June 12th, Adco arrived at our house with a semi-truck ready to start the moving process. They had four workers total for this job, two of which were temporary workers. During the time they were moving our belongings into the semi-truck, the leader of the team left to work on another job. As a result, this reduced the total worker count to three and therefore increased the amount of hours required to finish the job. This ultimately increased the total charges. Additionally, the workers broke or damaged multiple pieces of furniture which later prompted an insurance claim to be filed. Pictures of the damaged furniture are enclosed.

On June 15, 2018, after the horrific moving experience with Adco, it came time to remit payment for their services. The team leader, David, was extremely rude and sarcastic during this discussion. He didn’t accept responsibility for the damaged furniture and stated “it was already in that condition”. He handed us the invoice for $3,952.50 which we disputed due to the multiple issues referenced above.

After we declined to pay the invoice, David escalated to the owner of Adco, his name was Brian. After discussing our concerns with Brian, we came to a verbal agreement at the final price of $2,366.00 for moving services. A personal check (check #8622) was issued and cashed by Adco a few days later. We understood the initial price was an estimate and we agreed to pay an additional $149.66 (10% more than the original estimate) than what was quoted. We thought this was fair. A few days later, after filing the insurance claim on June 18, 2018, Brian called us asking for an additional $1,800.00. When we said we weren’t paying, he harassed us with multiple follow up calls. We couldn’t believe he didn’t honor our agreement.

On June 29, 2018 we received an email from Sue Bukowski, Accounting Manager, advising that the total charges came to $3,952.50 and that we owed an additional $1,586.50 for services. I’ve enclosed a copy of this email for your reference. We were extremely upset after reading this email. Not only had the moving experience been traumatic and they damaged $2,000.00 worth of furniture, but then Adco had the audacity to ask for more money. The Accounting Manager then continued to explain that they would come to a “compromise” if we paid $379.00 of the outstanding balance. We said absolutely not.

On or around July 3, 2018, we received a letter dated June 29, 2018 from Kim Dinschel with the Adco Claims Department. Kim advised that Adco will not disburse funds related to our insurance claim unless we pay the outstanding balance due for transportation services. Holding up our insurance claim until they get more money out of a customer? That sounds like extortion. It is morally wrong that they are holding our insurance claim funds. We paid $150.00 more than what was quoted. On July 9, 2018, Kim called us stating that in order to process the claim they needed to send someone to our house to assess the damage. We had already provided pictures and a copy of the receipt for the table they broke. At this point we are not comfortable with this company coming anywhere near us. We don’t trust them. We declined their request.

As the customer, we should not be penalized for a mistake Adco made on the initial estimate or for the workers they assigned to our move.