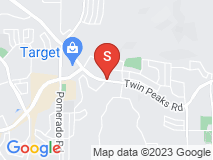 I would definitely recommend Block Island Decking. We recently purchased a house that had a 400 square foot second-story deck suffering from termites and dry rot. It had to be replaced and we decided to use a synthetic material. We interviewed/received estimates from six different contractors. Rick stood out from the crowd. A lot of the other contractors had their material of choice (Trex, Timbertech, Fiberon and balked at using anything other than theirs. Rick just wanted to build a solid deck that we loved. He gave us advice on different materials but never pushed us towards one. His estimate was thorough and detailed and included a CAD drawing so we knew exactly what we were getting for our money.
I was impressed from the first day. When they demolished the existing deck they carefully took it apart instead of just taking a sledgehammer to it. We were worried that the columns would be rotten as well, but they said they looked fine and didnt need to be replaced. We were impressed with their honesty. You could tell the foreman took pride in his work and it showed. He answered all of our questions and gave us updates on the progress of the deck.
They took our window screens down when they began so they would not damage them. After they finished I emailed Rick to see where they had put them. The next day they came over and reinstalled them for me. I have no doubt that if I have any issues (which I dont foresee) that they will take of them. We have a beautiful deck, which is the nicest part of our house now. I would not hesitate to recommend them to anyone.