Polar Shades, Inc is the leader for providing interior or exterior sun control products. We look forward to helping you solve your sun control needs! 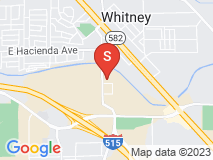 We had four, approximate 8.5'-wide exterior solar shades from Polar Shades installed in our home. We were extremely disappointed in the company and the dealer because of their lack of transparency and incompetence. The first-time the shades were delivered to the dealer and an attempt was made to install, it was discovered that only one set of hardware was included for four shades. It took several weeks to get another shipment of hardware. For the second attempt, a key hardware item again was missing and we discovered that the company had not cut the shades appropriately - the were to wide for the openings. After the third attempt and the shades finally went up, we discovered that installation of these shades in front of the nylon, large panel screens on our porch, resulted in a wavy-pattern that moved as the shades moved with even a slight breeze. This pattern is highly distracting and for many, would be nauseating. We discovered that this is not an uncommon problem and is caused by light refraction between the porch screens and the solar shades. Both the dealer and the company know of this potential issue, but said nothing. Yet, it would be relatively trivial to test for this as a problem by using a sample of the solar shade material.