We look forward to putting our mortgage services to work for you! 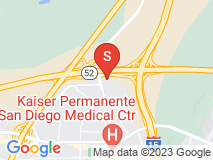 They were very professional and reassuring.

AMG American Mortgage Group helped me with a reverse mortgage. I have been in a foreclosure situation with my home four times over the last two years. I discovered their company when they contacted me via mail. I typically assume those kinds of mass mailing companies are scams, but when I looked them up online, they were highly rated.

When I called them, I spoke with Jacob Smith. He was really professional and upbeat that he could help me with a reverse mortgage. It turned out that all of the people in their office that helped me were wonderful. AJ Witherspoon was the director of operations and Amanda was the underwriter at the end.

The issue that led to me almost having to foreclose on my property was I had a lot of land with almond trees. AMG was able to prove that I hadn't made much money off of my land.

The greatest part about it was only 4000 people a year are eligible to receive a reverse mortgage. I qualified because of my age and the amount of equity I had in my house. But, I would have never had an inkling that I was eligible for anything like that.

I would have lost my house by now without AMG. They sent the final paperwork directly to the government, that proved I hadn't profited off my farm land. It was a difficult case that they were able to resolve before anything bad happened. I would recommend their service.