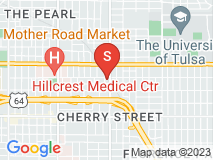 We had a new outdoor keypad installed by Eddie Luttrell on April 8, 2022. A little over a month later it quit. I called the office & visited with Christine & she said she would contact Eddie. Week & half later...still no service. on May 27th called again & spoke with Marilyn...went over the same info with her & she said she would contact Eddie. Today June 7th I called Eddie Luttrell personally as I had his # on the back of his card. He apologized that he had never been notified about the issue. Said he would be by later this afternoon. Called around noon & said I'm on my way. He fixed the keypad & also helped me reprogram my car IntelliLink opener. He is such a super nice young man. He apologized that he had never received any messages for our issues. Took the time to make sure everything was working & said to call him personally if we ever had an issue again. As I was thanking him, he mentioned he was actually on vacation...I felt so bad I had interrupted his vacation & I thought-- how many people would make a service call while on vacation. Eddie is certainly a young man who cares about his customers. The reason for the 4 stars was the OFFICE LADIES LACK OF COMMUNICATION & FOLLOW UP. Discount Garage Door should be PROUD to have an employee like EDDIE LUTTRELL- he gets 5 stars. Thanks young man!
I hope this review gets to upper management!
Deloris Lentz
OKC