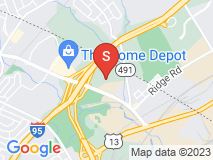 Would Return in Future

I purchased a item that was described very self explanatory. This is definitely not my first car system I’ve ever done but very disappointing. This speaker box did not fit. It Appeared to be the right design but does not slide under the seat. I then thought maybe the seat had to be removed in order to put the box in I attempted that and yet again it did not fit. There are bolts,brackets, and other structural things in the way not allowing the seat to go back on with the box there. Long story short I had to pay somebody to make custom brackets to raise the seat 1 inch in order for this box to fit. Purchased this item on eBay never got a response and emailed several times called And never got through to anybody multiple times the only response I got was on Facebook messenger. The resolution was called the manufacture. At this point it’s cost me double and I am upset