We sell Roll Up Doors, Garage Doors and Commercial Doors. The best doors, the best service and the best prices. Call 1-877-357-3667 For The Best Deal. 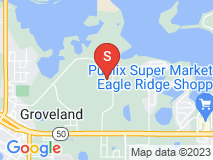 I ordered the top seal and side seals with my doors. The side seals were tested the day after I put them in with a hard blowing rain (actually the remnants of a hurricane/tropical storm). I had very negligible water penetration through the channels into my shop.

The top seal, I purchased mostly to keep small birds from nesting in the shop. The instructions showed that the seal should be attached to the door sheet with 1 inch x 1/4 inch Tek screws. I followed the instructions, (up to the point of installing the wiper) by marking the door with it closed, and then rolling it back so that it was accessible. The FIRST thing I noticed is that if I put a 1" Tek screw through the sheet, it was going to go into the lap under it, making it impossible to close the door all the way, and that there would be a tremendous pressure on the wiper when the door was fully open. So, I decided to mount the seal stationary on the door opening instead, letting the flexible edge of the seal just run on the corrugations of the sheet. The sound is reminiscent of putting a balloon on my bicycle when I was a kid to make "motorcycle" sounds when the door is raised or lowered, but it's a shop, so that doesn't bother me in the least. It seals nicely, and won't get permanently folded flat by the door operation as the wiper edge is free to flip directions with the door operation. I mounted it so that it would seal in the lowest ribs of the sheet, which is what makes the flapping sound, and a high rib is against it when the door is fully closed, offering the tightest seal. I haven't experienced any cold weather or drafts yet, so can't say how well the seals stop that, but they certainly affect how many insects come into the shop (flying ones, in particular). Having LED lighting seems to deter them some as well.