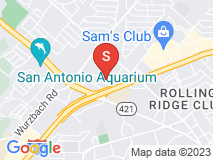 I initially had the guy come out because my house was not getting cold. He came out and put Freon in which was fine. It was about 3 weeks later that it started not cooling again. I called them again and he came out and told me that he would have to charge me an additional 300.00 because now he discovered that I had a leak. I was furious because he could have told me that in the beginning. He said that they couldn’t offer any discounts at all. I was furious because I believe that I should have been told that from the first visit. Please be very careful with the bait and switch tactic.