All we do is bankruptcy. You'll like our friendly service with a smile. One of the most experienced, highest rated bankruptcy lawyers in Northern VA. 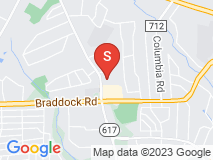 Everything they promise and more.

The thing I liked most about Robert Weed is that he put me and my husband at ease from the very start of our bankruptcy filing. There was no pretentious lawyer stuff and no judgmental innuendoes--ever! I can say the same thing for everyone on his staff. He has an excellent knowledge not only of bankruptcy law (current and pending) but also of the various other players in the process. As a result he is able to strategize very well, something that we definitely would NOT have been able to do if we had tried to avoid the fees and do our own filing. In fact, I can't even imagine what a nightmare that would have been, plus I am quite sure our claim would have been rejected or at the very least we would have ended up with a much more expensive plan. It was a longer process than I think any of us anticipated, but in the end I believe we were all in agreement that the outcome was a fair one. I am so grateful that thanks to Robert Weed and his staff we will be able to live out the rest of our retirement without being under the heavy shadow of debt while still feeling that we didn't leave our creditors empty handed. Thank you so much. What a relief!!