Business Description:
All we do is bankruptcy. Friendly service with a smile, in Annandale, Woodbridge, Sterling-Herndon. Serving all of Northern Virginia. Chapter 7 and Chapter 13.
5 929 reviews 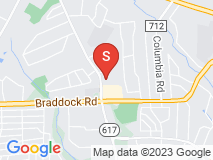 The Best Decision I've Ever Made...

Let me begin by saying I wasn't paid to give this review. I have no incentive to put this in writing for Mr. Weed and his team; except that I'm a firm believer in giving as much attention to when people do things right as when they do them wrong. Mr. Weed not only met my expectations, he and his staff far exceeded them.
I met Mr Weed less than a year ago in his Annandale office. I found him through a Google search, and everything I read made me think maybe he was worth a consult before throwing in the towel (thanks, other reviewers). After meeting with dozens of attorneys to talk about my case and how to proceed, Mr. Weed was my Hail Mary. ​ During that initial meeting, Mr. Weed took the time and the energy to listen carefully as I explained my entire situation. He was patient and spent over an hour with me as I laid out the details. He strategically thought outside the box when it came to formulating a plan. But what made Mr. Weed different than every other single attorney I'd talked to was his willingness to explore all possibilities. He wasn't satisfied with the status quo or staying "in the box." He constructed a plan of action that favored my best interests without regard for his paycheck, his time, or his energy (which I proved to require a lot of when I had random questions about the process). ​At the end of that first session, ​I​ walked out the door with hope that I hadn't had in over a decade.
Over the next several months, Mr. Weed and his exceptional staff helped me through every step of the process; from filing to receiving my discharge. I have kept them busy with questions but they are always responsive and complete. Laura​, AJ,​ and others on his staff spent time explaining things and/or helped move things along in a way I don't believe you would experience in another firm.
At the end of last week, Mr Weed made the impossible possible for me, and it hasn't really sunk in yet. However, what I do know, and what has been proven, is that I couldn't have done any of this without hiring Mr Weed as my attorney. This may sound dramatic, but in a way it is; my life is forever changed for the better because of Mr Weed and his team.