We have a great selection of new, used, and certified pre-owned Honda models for sale. We also offer various lease options and finance options. 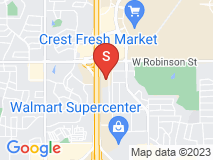 I purchased a used Honda Fit from Fowler Honda, site unseen. The price, the ease of the deal and the timing all went well. Could not have asked for more. I arranged to have the car shipped from OK to LA and that also went well. Once I received the car, it was apparent that all windows were illegally tinted (illegal in both OK and LA) which surprised me since it was a Honda certified used car. I had the illegal tint removed and Fowler Honda told me they would reimburse me the $200. Never did. I called, texted, and emailed and was repeatedly assured that the check would be sent asap. That was 5 months ago. So while I would love to highly recommend Fowler Honda as my initial experience and the vehicle are A+, I do not appreciate them not fulfilling their promise and wasting my time.