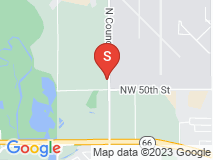 Corbin did a pretty good job. He claimed that he didn't fix the leak because there is something blocking the path in the pipe, but he did replace a part of pipe. The leak still happened. No change. Corbin said that the washing machine itself was leaking, though we have examined that a couple times. After Corbin left, I had family look at the leak, and they agreed that something is blocking the path, causing the drain to back up and out. My family made a repair to prevent the overflow, and now there's no issue. Having been a Rucker client for a while, I am pretty disappointed that I spent so much money and had no change until my family made a fix.