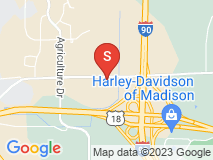 Paramount Roofing & Siding came in because we had our roof that needed to be replaced but we also had extensive leaking and snow damage.

Mike came down and evaluated everything and gave us his recommendations and even said he could fix the inside of the kitchen for us. After leaving samples with us we decided to go through with the repair and we couldn't be happier. Off of Mike's recommendation he was able to get rid of the angle on the roof that was causing a lot of the problems and fix the damage that was done to the inside of the kitchen.

We decided to go with a metal roof, which we knew was more expensive but it was very quality. We have received comments from neighbors and others about the roof. One of our neighbors will be going to Paramount for their roof now.