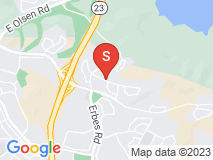 I would not recommend Pacific Metal Roofing.

The whole thing started when they didn't realize they needed to get a permit in Los Angeles county to put on a metal roof. For a business that does this for a living in this area they should know that. They told me to take off my roof, which I did, while I was getting renovations done. After that I had to wait two months for them to get a permit so they could start. Through rainstorms I had no roof.

The second issue was a lack of communication with them about what they were doing and how they were doing it. This was to the point where they had to re-do things because they wouldn't explain how they were going about them. Granted, my roof is complicated, and that's something to be recognized, but they did not go about it well.