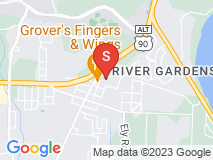 DO NOT GO TO THIS DENTIST! EXTREMELY RUDE & UNPROFESSIONAL

I took my son to Dr. Mizell this past Monday. She was extremely rude & and beyond unprofessional to me. I was slightly upset because I had been told that my son would be getting his tooth filled that day & she decided to put sealant on his teeth instead (without asking permission first, I might add) and then told me she wouldn't do the filling (which is why we made the appointment in the first place!!) I asked her why she wouldn't do the filling today, her assistant had just told me it would be no problem to do everything today. Anyway, she was visibly irritated that I asked her why she wouldn't do it & she just said that she wanted it to be a 'happy visit'. It's the bloody dentist's office, there is no such thing! Anyway, I was checking out & I decided I wanted to speak to her one more time about the whole situation, because she didn't give me any kind of opportunity to ask her questions, etc & she just walked out. I am usually the kind of person that gets annoyed & never says anything,then I get mad at myself for not voicing my opinion. However, I decided that was not going to be the case that day. Even the receptionist commented, why isn't she doing th filling, isn't that what the appointment was for? She went and told Dr. Mizell that I wanted to speak to her & she said she would be there in just a minute. Her office was not busy (AT ALL) and she walked back & forth looking at me each time she passed. She made me stand there for another 15 minutes before she finally decided to speak to me. By this time, I'm beyond annoyed. I am furious. I could understand waiting if she was actually busy, however, she was deliberately avoiding me, hoping I would leave, because she new I wasn't thrilled with the service. Anyway, she came over & I told her I was upset because I was told that my son would be getting the filling today (we have been waiting since the end of November) and then to find out we have to wait another three weeks until he gets the filling. I asked her why wasn't I told that when I made the appointment? She was so hateful & unprofessional when she answered me. She had all kinds of attitude, and said, "I DON'T KNOW!" I told her that her receptionist had told me it would be done today. It just would have been nice to know I was going to have to take off another day & make another appointment. She didn't apologize for any misunderstanding or poor communication, she just looks at me and says, "Well, why don't you just take him back to Dr. White?" (Dr. White's office referred me to her office). Anyways, this dentist is beyond unprofessional & I wouldn't dare go there again. It must be nice to not need patients.