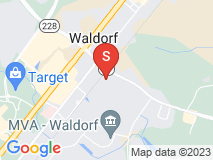 This place is careless. When I called to get a price for removing the illegal grade tint and putting legal grade back on for the MD inspection, they quoted me $220. $120 for removal of the old tint, and $100 for applying the new tint. When I arrived to get it done, the woman at the desk also told me $220. This process was split into two appointments. When I returned to get the new tint put on, a different guy was at the desk, and he charged me $240, saying both processes were $120. When I told him I'd been told differently, he said he wasn't in the position to fix that, and no one in that position was there at the time. So I paid the extra $20, and he offered me a free car wash, which I didn't take him up on because I was displeased by the quality they did with my windows. When they removed the tint during the first appointment, they left a mess. A solution had to be used to remove the tint, so they were soaking it, but didn't bother putting towels anywhere. They didn't even bother trying to mop it up either, so I left with everything soaked in that solution, which I had to try cleaning myself. What kind of detailers leave your car worse than you how you gave it to them? Not a huge deal, but they also stole a brand new car washing sponge from the floor of my back seat. It was still in its packaging and I don't see how they could mistakenly think they'd put it there themselves, or that it was in their way and had to be removed to do their job. Finally, there's a little bubble in the rear window tint, and it's already started to peel in the corner. $240 for that? Not worth it.