We pride ourselves in offering quality service to our customers at a great price.We always provide upfront pricing so there are never any surprises. Call us today! 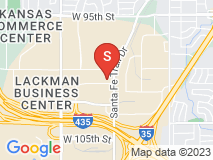 A fantastic job from begging to end.

I got bids from four HVAC companies to replace two twenty year old A/C and Furnace units at our house. I also did a lot of research on the web so I knew exactly what equipment I had and what I wanted to replace it with before I started out on this adventure. I wanted to go up one size on the A/C units because the old ones just barely kept our house cool enough during the hottest parts of the summer. And when I say barely, I mean we were sweating and running the fans with the A/C running constantly if the temp got up to 100 degrees outside

When I contacted Jim at Priced Right Heating and Cooling, I sent him the specs of what I had, a description of my problems that I wanted to solve, and explained what I wanted to accomplish with the new units. Basically to solve a leak problem that one of my old units had and get slightly more cooling capacity to get through the hottest months of summer. Jim asked me a few more questions about my HVAC systems and used the info that I had already put together to get me estimates on four system configurations that he categorized as basic, good, better, and best. And he even emailed me price estimates so I would know what I was getting into before he ever stepped foot in my yard. He was the ONLY person used the detailed info I sent them and would talk price with me before showing up in person first. He gets an A+ for listening to me and what I was looking for.

After I reviewed the details of the four configurations that he put together for me, I called Jim back and setup a time for him to come out to my house to take measurements and see if there was any obstacles that he might run into. He came out quick, looked at what I had, said yep, it's just like I told him it was. So no surprises and nothing complicated, or extra that he would need to add to the quotes. Again, another A+ for reading the info I sent him and paying attention to it so I didn't have to repeat myself again and again.

Now here is where Priced Right and specifically Jim, start to pull away from the pack in front of the other HVAC companies I contacted. Knowing that we were going into a hot week in a few days, Jim topped off the freon in my a/c that had the leak while he was here to do the measurements. He said he would just recover the freon back out when he took the old machines out in a few days and he wanted to make sure we stayed comfortable since the heat was coming. I didn't ask him to do it, he just offered to do it since we would be getting the two new HVAC systems from him in the next few weeks. So that moves him up to an A++ on customer service there!

So on install day, Jim and the Priced Right Heating and Cooling crew shows up promptly at 8:00am. They are all very courteous and respectful of our house and our time. They put down floor runners to protect the floor, made sure to close the doors behind them when they went in and out so the cat didn't get out, cleaned up everything in the areas where they worked when they were done. They even cleaned up a broken light bulb I had dropped the day before while I was changing out the light bulb by the furnace. I didn't ask them to clean it up, the broken glass was just there near where they were working, they saw it needed to be picked up, and they swept up my own mess along with what they were cleaning up. They get another + to that A++ for cleaning up after me!

They redid the sheet metal ductwork that was connected to the furnaces. Cleaned it all up, sealed everything with caulking, and used aluminum tape to cover the seams. There are no wasted cold air leaks anywhere around the furnace or A/C coils in the basement now. All that nice cold air goes up through the vents and into the rest of the house.

I also had an old whole house humidifier that was disconnected but still hanging on the old duct work. I had told Jim that it wasn't being used so I wasn't worried about it the day he came out to measure. But while they were hooking up the new upstairs furnace, they hooked up the old humidifier to the new system so we will have moist heated air upstairs this winter. I didn't ask them to do it, they just saw it needed to be done and did it.

I can't say enough good things about the great job that Jim and his crew did on our HVAC replacements. They went above and beyond everything that I asked of them or expected them to do. I have absolutely no hesitation about recommending or using Priced Right Heating and Cooling again in the future.

Oh, and remember I started this review by saying I got bids from four HVAC companies? Priced Right's bid ended up being the lowest price of all four bids... Jim made quite the impression on me by being willing to talk price with me about what I was getting into before he ever came out to my house. None of the other companies would even give me a ballpark of what they would charge. I got no pushy sales pitch from Jim and he let me choose the options "I" wanted. The fact that Jim ended up having the best prices on the systems that I wanted was just icing on the cake.