No move is to small or too large. Able Movers can move your entire home or business, or just single items. We appreciate all moves and eagerly accept all challenges. 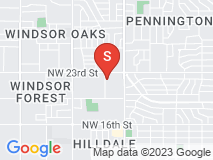 These guys did an outstanding job for me. I was overwhelmed by how well the whole move went. I even called Tim of Able Movers after the job was done and asked him where he found these guys! It's really hard to find people who actually work well together, know how to communicate, and get along with each other. The guys from Able wasted zero time. They were professional and friendly. They kept asking me questions about where I wanted things. I didn't lift a thing. If I tried, they just stepped right up and said, let me get that, sir, where do you want it? The move went unbelievably smoothly. I don't know what Able is paying these guys but they're worth keeping. I expected a decent job but what I got was a very good job. If somebody does a good job, it's worth mentioning. I want to do for them what they did for me. Moving day can be very stressful and they took that stress away. Even on the phone, the guy presented himself very professionally. He didn't hem and haw about the price. I called several movers for pricing and I could tell some of them were just sales pitches. Tim at Able Movers listened to me carefully and gave me an exact quote. He told me he'd send three guys and it would take a certain number of hours. If I changed or added anything, I should let him know and he'd adjust the price. I did that and the price changed a few dollars. But on moving day, the price was what exactly what he quoted it to be. No surprises. I highly recommend Able Movers. They did a great job!