Finally a Mortgage Lender who rewards those with great credit with lower rates and fees. Get a full online rate and fees quote in seconds no personal info required 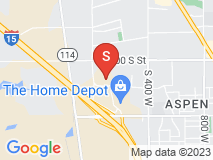 This lender is a total incompetent mess

I have closed three loans with Box so I think I'm qualified to say this: they are horrible and you should never, ever use them. Details below.

Fast forward to a year later. Something had gone seriously wrong. Communication was a total mess, even though I was working with the same representative as before. I was asked for the same information many times. The loan was delayed slightly because of Box. My impression is that everyone was overworked. I assumed the word had gotten out about Box and they had tried to grow too quickly and had not been able to hire enough personnel quickly enough.

I was not happy and wouldn't have used them again except, just a couple months ago (May 2017), I found they were one of the few lenders who would do the smaller loan (around $55k) I wanted to do at a reasonable price. This was a transaction between me and a business partner and timing was not critical. I figured they'd have no problem closing in 45 days, even if they were a little disorganized, so that's the lock period I chose. I'm out of the country most of the time and wanted to arrange the closing on a particular day that I would be in the country to sign.

It quickly became clear that things had deteriorated even further at Box. I made a real mistake giving Box another chance. We were unable to close on the planned date because I had some issues convincing the underwriters this was really a residential rather than an investment loan (the property was formerly a rental property). They at first refused to do the loan at all, and by the time they changed their mind a week later, the appraisal could not be finished in time to allow 3 days to review documents as legally required afterward to close on time. We actually missed the planned closing by just one day. This is not 100% Box's fault, but it is disappointing that their underwriters could not make up their mind, and that was one major cause of the delay.

I'll try to make this long story short. This created a delay of two weeks rather than just one day because now my business partner was out of the country and couldn't sign the closing documents. A new closing date was set, and I paid a lock extension fee for this. During this two weeks, Box continued requesting financial document after financial document from me, as if a month and a half hadn't been enough time to review my information. In at least one case they asked for the same document twice. I am self-employed and have multiple bank accounts, so this loan may have been more complicated than what they were used to, but 45 days should have been enough, and they should not have been asking for more documentation at this point. We confirmed and reconfirmed the same information. Finally, four days prior to our second closing date, Box asked me for a transaction history from one of my bank accounts (not the one I was using to close - other accounts also had enough funds). I sent it. The next day, three days prior to our second closing date, knowing that was the day my bank statement came out, they informed me that they needed a copy of the statement for the same bank account they'd just requested the history from the day before, and because one day was needed to review that, and three more days were needed to review closing documents, we could not meet the second closing date. I had to pay another lock extension fee and everyone was inconvenienced by the further delay in the closing date.

61 days after the loan was started, it finally closed. This should not have been a complicated loan and I'm confident any competent lender could have closed it in 30 days. To rub in how ridiculously disorganized this company is, a day before closing, I received another phone call from Box asking me to verify my employment information (exactly the same information had already been sent twice a month and a half previously). Let me emphasize that this occurred two months after the start of the loan.

Let me just say it exactly how it is: this is a mortgage company that can't close a mortgage. They have absolutely no clue what they're doing. Would you hire a taxi driver who drives around wearing a blindfold? Would you hire a lawyer who never graduated from high school? That's the level of incompetence we're talking about. In any ordinary transaction, 60 days is going to lose you the house of your dreams. Luckily I was working with an understanding business partner. If I were an ordinary homebuyer and lost the house of my dreams over this, which is exactly what would happen if the lender caused this kind of delay, I can't imagine how disappointed and angry I'd be. It's sad that Box used to be good and have sunk to this. Never, ever use this company.