Floorgem specializes in all types of flooring installation and repair, but that's not all we do. Our home improvement division is also popular with our clients. 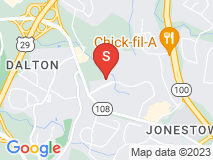 It Was Unfortunate; A Poor Job From Start To Finish

I had an unfortunate experience with Floorgem Services, INC, as they did a poor job from start to finish. The person who initially came out and did the measuring did it wrong, but that was a minor thing, I just had to get more material. The work itself was terrible, and even now I'm seeing defects I didn't see the day they had finished. I had to deal with them for about two to three weeks because of problems associated with the flooring and the molding. It was such a poor job. I would call them back so they could fix the problems with the initial install, but they couldn't really fix what was messed up, they only made it look slightly better. They tore up my kitchen cabinets and just made a mess of things. Not only that, but they decided to put their debris on the grass in our front yard with no plastic underneath, which meant my yard was filled with loose nails scattered around. I have a dog, and I didn't want it to step on it, so I ended up having to borrow this magnet thing from a neighbor in order to pick them all up. It got to be too much and I finally got to the point where I said fine, and let it be. I could not continue to spend time and resources on something that clearly wasn't going to get any better.
The terrible part is that I have a friend who had used them about a year ago and loved what they did, so much so they recommended them to me. My experience was terrible, and I would not use them again.