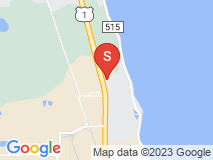 This is the second time I used their product. The first was on a sliding patio door. I used the opaque light filtering wallpaper, which went on relatively easy. I left it on for at least two years and it worked very well. After taking it down for the summer it was clear it was not going back up so I ordered the frosted wallpaper to replace it. I had it precut, which was well done both times. The frosted wallpaper was really hard to put on the slider. Very frustrating getting the bubbles out and not have them show. I never got it applied to my satisfaction and just left it. The irregularities do not show that much so I will just accept it as is.