Half Price Drapes is in a business of Ready Made Curtains & Custom Draperies operating in the Bay Area since 2004. 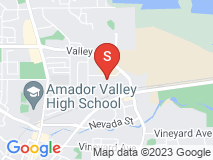 WIll NOT do business with them again!

I ordered a pair of drapes back in July and never received them although they never returned my money. I called to checked on my order after waiting several weeks only to be told they canceled my order because they were out of stock. The gentlemen told me to call back the following Monday because the person I needed to speak with was out of the office until then. So on Monday after calling back and speaking to the person that had answers for my questions I was told that they would not only refund my money but they would honor the sale price that I originally paid when they were back in stock. He said they would be back in stock at the end of September and that they would call me, and would honor the same price. Well, I never heard back from them. I called them today after noticing they are back in stock, at almost double the price of course, only to find out they will no longer honor the price I originally paid. At the time they were 33% off and listed at a lower price. My original price was $75.00, now they are asking 129.99 and was told the price was going up today even higher because of the demand. I have literally been waiting for my items since July! And today I am told they will no longer honor their word because the demand has gone up! I will never do business with them again. And I will make sure and tell everyone I know.