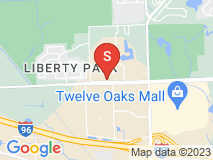 Wish I never stepped into this office

I’ve waited a little over a month now to post my review. I was waiting to get past my anger for this happening to me and now I’m just absolutely devastated with the way I look. They are swollen all the time for absolutely no reason. Bumps are visible 24/7. This isn't normal.

I went in on 6/13/20 and had lip fillers performed by Dr. Reisin. Was told he could achieve my goals & felt confident that we could improve my asymmetry. Immediately after I got home, they looked great. Come day 2, the entire right side of my lip had NO filler and there was a huge and noticeable divot and volume decrease compared to my left side. See pictures.

6/23/20 - I thought okay, I will give it another week & it ended up just getting worse. Called back to get it corrected for an error he made and was told he would “do the best he could” but would need to pay another $300. First time around I paid $450 for 1 syringe since it was their “Spring Special.” At that point, I thought fixing it was better than leaving it. I was wrong. Upon him examining what happened, he said “you must of had bleeding and it kind of looks like you have a little bit of a cleft-lip.” I never had a cleft-lip and was NEVER diagnosed with that at birth…I think I would of noticed that. Half of a syringe was put in on my right side and overfilled it. My lip is now rock-solid, and I have ALL of these bumps from the filler that have fallen and it feels like rice is stuck underneath my lips. SEE PICS! They get inflamed while talking and are visible now. I now look like my right side droops. He also said if I ever come back in, that I am to see Christine – she’s much better at this than he is…then why wasn’t i directed to her in the first place?! I probably wouldn’t even be having this issue.
He also said I can come back and use the rest of my syringe within 6 months if I need the other side evened out. How do I know you are REUSING the same syringe that was mine, storing it properly, and not to mention THE RISK OF INFECTION?!?! That is malpractice. Negligence of your patient’s safety.

6/29/20 – I go and get a second opinion and they were appalled that I 1. Had to pay again for his mistake and 2. That he let me leave the office like that and 3. They have absolutely no idea why I would have these blisters form that inflame throughout the day. They said they have never seen anything like it and it definitely isn’t an allergic reaction of any sort. It was from improper technique and that the filler must’ve been superficially injected right at my skin and not beneath layers like it should. I bursted out into tears. I couldn’t believe what I was hearing. I was never followed up with when I was told, did not receive aftercare instructions if there were any. And boy oh boy…there ARE certain things you should be doing to help these heal.

7/3 – I went back into the office to get “reevaluated” and he said my lips look “great” and he’s sorry for the inconvenience I am experiencing. He does not honor refunds. He said I signed off on my waiver that “I can expect bumps.” These aren’t bumps, these are lumps...that hang down from my lips IN FRONT of my teeth. He then told me “well, I can give you a friend of mine as a reference to take your Juvaderm syringe to and inject the rest.” I probably won’t use his reference. So, I have called around and no other doctor will inject the rest of my syringe. 1 - it’s too much of a liability for them and 2 - They can’t possibly know that what I’d be having them inject me with is in fact Juvaderm. I'm thinking this is illegal after talking to 2 other doctor's about my experience.
SO - I paid $300 and they knew I wouldn’t be able to use this elsewhere. Total waste of money.

Will never come back come back to Star. I am left deformed. Nice that they dissolve with time, but not nice on your wallet when you're going to get them dissolved.