GoGreenSolar is a full service solar panel system supplier to home owners and businesses in the United States. We provide solar installation anywhere in California. 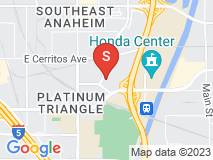 Worth every penny! Very Happy I bought from GoGreenSolar!

Bought Solar from GoGreenSolar in mid 2017 for my house in kit form. Very happy with outcome after everything is said and done.
I got 18 panels 320W each with micro inverters (Around $13000 before rebate and $10000 after federal rebate). I had zero experience with solar so Go Green designed the system for me then for very little $ (around $500) produced the city plans for me in Burbank, CA. The plans went through in one day after a couple required changes, maybe 2 weeks overall and very easy on my part.
The Kit was delivered with most everything I expected. After the kit was installed and a few phone calls and emails the system was making all the power I expected.
Most everyone was above and beyond and I want to thank
Raj Patel (Sales)
Carl Arellano (Design)
& especially Dave Donaldson (Installation adviser).

I did have a few small issues.
During install of my new roof I wanted to install a Soladeck with the combiner kit (Clean looking electrical box on roof for solar) and wile GoGreen was able to sell me the Soladeck they flat out would NOT sell me the combiner kit (combiner kit allows breakers to be installed on roof in the Soladeck and combine 2 solar strings / wire runs). Not sure why and when I called the manufacturer of the kit they said they only sold to resellers like GoGreen. I again asked GoGreen but was told to buy somewhere else. I called other solar resellers and was told if I didn’t buy the solar panels from them they would not sell me the Soladeck combiner kit. Crazy right. This was all happening wile I was on vacation trying to get the roofing installed wile I was gone but couldn’t because of this refusal to sell me the very cool Soladeck with the combiner kit.
I told the manufacturer of Soladeck about the back and forth and they got me what I needed but that was not something they normally can do.

The mounting brackets came up 2 mounts short. So I had to pay extra for that but worse was I had to pay overnight Shipping fee too. Total $96. The overall solar kit was delivered within hours of the extra fee I paid for the mounts. Again crazy. This was not my fault about needing extra mounts. I told them from the start this was going on a addition to the house. So because I had a offset of the roof rafters I could not make the bare minimum required mounts. Then I came up short on bolts and again had to pay extra for something that should have been in the kit. I spent the day driving to pick the couple bolts up and had to pay $12 on top of that for missing parts.

All that said I would highly recommend GoGreenSolar.com to anyone and everyone. They know what they are doing and always willing to answer any question (I had a lot of questions). They walked me through every steep and the price is right on with the add bonus someone I could call at any point to get answers.

Wile I had a few issues they were minor in the big picture of all the great work they do there at GoGreenSolar.

I would have also liked the option of black mounting bars but it was not offered and later saw it was only maybe $200 more for all black.

One last note GoGreenSolar staff is all very good at not being pushy so don’t hesitate to get a quote. They may call one time to ask if you want to move forward but are in no way like some of the other solar company’s that will never leave you alone again. In this way you can not beat GoGreen.

If this helped you make the buy of you system tell them I sent you.
Bryan Andrus
Burbank, CA

It varies from month to month but this is the average I got, so very very happy.
Thank you GoGreen

Don’t forget to wash you panels about every 3 months and you will see about a 18% increase in solar production. I use car soap/wax with a Car extended brush then dry. Use water from your water softer if you have one so you don’t get water spots over the years of washing.
One last note, get a whole house fan installed in your ceiling to attic (like QuietCool), that with Solar never pay for electric again.