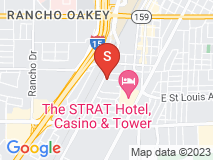 My water main broke and water was flowing like a river. In the dark, I managed to get the water turned off. The next morning I had to go to the hospital for a procedure, but when I came home I immediately called Larkin. Bill scheduled an appointment for the next day. Late in the morning, Larkin called and said a plumber named Steve was on his way. Steve arrived and was very nice to talk to. He quickly went to work and in less than 2 hours my worries were over. Larkin is at the top of my plumbing list. Put them at the top of yours.