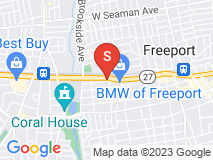 A worker come on 7/31/20 to look at a gate I had previously bought on 3/29/16, The problem was with the latch. First of all he did not wear a mask. which is unacceptable in dealing with a customer. He proceeded to say the gate wasn't their's. This he stated about 3 times in the course of the conversation. The lock was placed incorrectly. I showed him a second problem where a nail was showing. He stated that was not their nail. I had called about my problem earlier in the month. A worker came with material for another type of fence, He looked at my problem & said that the lock should not have been placed where it was. He was the one that noticed the nail. He went on to say maybe I would get a new gate. No chance. My husband & I have dealt with this company over the years & never a problem. The worker did acknowledge the two new fences I had installed recently. Small miracles.