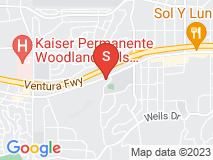 "Saved by the Bell"

I was accused of sexual assault of a minor. The situation seemed impossible because the administration did not support me. Basically, the administration was a new crew that did not understand that my job not only represented the internal organization by also the government. When I explained that my job description did not include the tasks that they wanted me to do, my job environment became hostile. as a result, one of the students, whose parents was friends with the administration claimed I touched her inappropriately. Liberty Law firm was able to get the accusations exonerated, I received four months of pay and was able to resign while maintaining my certifications.