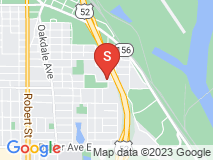 I recently had an issue with a toilet that was stopped up. I called another plumbing service first and they came out and said it couldn't be repaired, it had to be replaced. I called BIG DAVE'S PLUMBING LLC and Dave came out immediately. He got the toilet unstopped in two minutes. I will call him now with any plumbing issue I have. I wish he also did HVAC and electrical because I would be able to call him for everything. I have already given his name to several of my friends because he did such a good job. He saved me a bunch of money in not having to replace the toilet. Dave is such an honest guy and does such a great job. You can't go wrong calling BIG DAVE'S PLUMBING LLC .