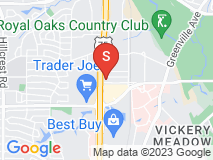 Happy before no today

I was happy with this company until a few days ago, that a technician came to check my AC, since it was struggling keeping the temperature inside. He just came to connect the manifold to the unit and told me that the system needed freon. He says, probably needs a couple of pounds and I said, Ok, lets do it. At the end he said it was 3 pounds without weighing the can before and after the charge was made. I dont know how he said it was 3 pounds of freon without showing me on the scale.
Then he charged me $89 just for the visit, without checking anything else, or check any other part of the system. Additionally to that, he said, you probably has a leak in your system, and asked him, what do they do to find out that, he told me, we use dye that we inject to the system, and that was another $250. Totally i Paid more that $750 dollars to them.
Last year the tech I had he was very sincere but this guy never showed me it was 3 pounds of freon.