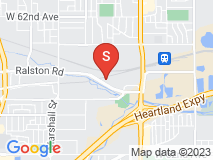 It was rather a long wait from when we first signed up but at least they told us a definite appointment day from the get-go. They called to verify the date a few weeks out and also a couple days out. That morning, the office was able to give us a pretty close ETA, which was helpful because we needed to catch our cats. We ended up putting the cats and their litter box, food, water etc. in our van (with windows cracked open and inside the garage) for a couple hours first thing in the morning, until the first rooms were done, then we moved the cats into a finished room. It was still noisy, but at least the front door wasn't open the whole time, like I had feared, so pets couldn't escape. Mike was careful, thorough and friendly and explained what he was doing. We were surprised that it didn't create any noticeable dust floating around or settling on surfaces. We had moved all the furniture away from the registers, which I think made the job go faster. Fast is good when your cats are scratching at the bedroom door! We're confident that the ducts are clean now.