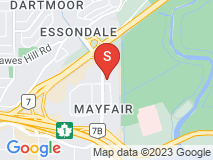 I used House Smart Home Improvements back in April to fix my furnace. I had called around and every other company I spoke with could only come out two weeks later, but House Smart was able to come out in about five days, which was great. The two guys who showed up did a great job. They were very nice and cleaned everything up once they were done. I have no complaints, they were great and I was quite happy with them.

Thank you for your review. We strive to provide our customers with top notch customer service & are so happy you experienced that. We appreciate your business & kind words. - Sarah, House Smart Team 604-945-1904