Excellence Electric is Orange County's premier choice for all electrical needs. Call us now to find out more about our electrical services. 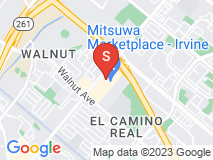 I had a really great experience with Excellence Electric. Before hiring Ray, I called two other companies. I set up appointments with both of them, but they kept cancelling and rescheduling on me. Finally I called Ray in the afternoon, and he said he was working close by and could stop by when he was done in about two hours. He stopped by exactly two hours and fifteen minutes later.

Ray was very pleasant. Some people want to sell you everything under the sun, but Ray just listened to what I wanted done and then we discussed it. We talked about the reasons why I wanted things done and where I wanted them. He didn't try to sell me anything. He just gave listened to what I wanted and gave me some suggestions. I got great information from him about putting in the proper electric in the proper spot.

He started on the day he said he would at 7 A.M. His assistant came in around 10 A.M., and they worked until it was done that evening. Everything checked out and has been working fine. They did a complete cleanup when they were done. They didn't leave anything for someone else to clean up, which is another nice feature.

Ray's really a nice, pleasant guy who has knowledge about his trade. I had confidence and trust in him from the beginning. He definitely out-shined the companies I tried first.