Your Favorite Factory For High Quality Custom Vinyl Window And Door Installations And Replacements. We Design, We Build, We Install Under One Roof. 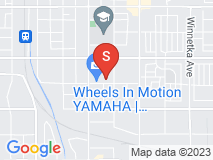 I came across This company at a home show in San Diego about a year ago. They hounded and hounded me with phone calls for almost that entire year. So I decided to give in and let them come by for an estimate. The salesman they sent didn't leave me feeling all to good about the company but my husband wanted to give them try so I gave in. After we signed a contract and then cashed out first check I never heard from them again. I had to hound them to find out when my windows were ever going to be installed. After I finally was able to get information from someone I was able to set up an install date. They installers came, they were on time and rather friendly. However there are boot prints on my window seats where they climbed in and out while working, and scuff marks on my walls as well. They also broke a locking mechanism on my French shutters. Are the windows nice? Yes! But would I use them again to finsish the rest of the windows in my home? NO!!!! I will pay a little extra and go with a better company that cares more about me and my experience, rather than just collecting payment.