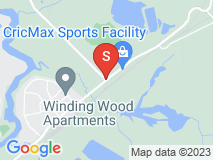 I've called Eliminex Termite & Pest several times, and each time they responded really quickly. I called them for mice, a squirrel in the chimney and carpenter bees. I've only had one inspector, Derek, come out, and I've been very, very pleased with him. As a matter of fact, I ask for him each time I call!

I just had them here for the carpenter bee situation, and I can see already the bees are back. I know they're very hard to get rid of. I was told by Eliminex that they would come back at least once a month for three months to respray the area. I just called them yesterday to tell them about the bees, and I'm just waiting to hear back. I've recommended them to my sister, and she has used them as well. My experience has been quite satisfactory, and I would use them again!