Builder of interior and exterior shutters. 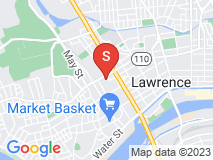 I have resisted posting a poor review like this for quite a while. In fact almost two years. Furthermore this is the only bad review I have ever felt the need to share publicly about any other contractor, business, etc generally choosing to keep said discussions internal and private with the business letting them fix things. At this point I’ve got nothing left.

I originally chose Karl Ivester and New England Shutter Mills because of all their good reviews and positive experiences from other homeowners and businesses, but it has been anything but for my home. Sure if you’d like dozens of apologies for dropping the ball when Karl feels like getting around to you he will be happy apologize. However apologies only go so far when you’re still waiting for product you paid for to be installed, and when the installation that has been completed was done poorly. In fact when Karl came to re-inspect original install he pointed out things I wasn’t even upset about that he said were not to their standards. Well I don’t know where the standards are for communication and getting things done, but they aren’t there either. Like I said I have dozens of emails back and forth explaining many excuses as to why the job hasn’t been completed, yet it is still not completed near 2 years later.

Today was the latest example. After I spoke to Karl 3 weeks ago on Jan 18th he was supposed to follow up with email and show up on Jan 28th. You guessed it. No email, no show, but another apology for dropping the ball. His words. Also his words were to pick a new time for this Monday 2/4/19. After sending back a response you guessed it. No email, no text, no phone call, no show today. Very disappointed in the product quality; even more disappointed in the extreme lack of professionalism in making good when you know your work did not turn out as promised.

Perhaps most discouraging is that as a business owner when you have an unhappy customer you should be the one reaching out trying to make it right by the customer. Instead in this scenario I am the one that has had to initiate contact at least 4 different times generally with large chunks of time passing in between to keep any lines of communication open in hope of rectifying the current incomplete job status.

Also discouraging was that the installer knew the shutters weren’t right from day one. I had been at home to let them in before work and in my process of getting ready came downstairs. You know when you enter a room and someone stops talking because they’re discussing something they don’t want you to hear? Yeah that was the installer talking with the owner Karl that morning. I should’ve known at that moment yet I waited to see how it would turn out, and this is why I am where I am with semi completed install of shutters that don’t look right and if I take them out all my woodwork and trim has been damaged and will have to be fixed just to get back to where I was prior to install.

I can send along photos of poor install and emails to anyone looking for elaboration. Also happy to update and / or remove this posting entirely if Karl and New England Shutter Mills can make good on their original contract and promise to qualify and customer service. Otherwise this is my only recourse at this point for a disheartening experience overall.