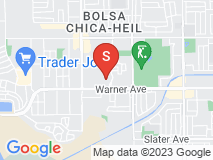 Personable! Reliable! They get the job done!

I've used Surf City Pest Control a lot. Starr, in the office, is terrific. She gets five stars for great service. But the actual technicians aren't super knowledgeable, they seem to be just surface knowledgeable. They get three and three quarters to four stars. I think what I expect to be done and what can actually be done are slightly different. Pest control is not an exact science. But I would like it if Surf City Pest Control would offer me some preventative measures rather than just spraying around the house. For example, it would be nice if one of their services involved getting under the house and filling in all the cracks so bugs don't get in from there. The spraying is always temporary and doesn't seem to last very long. Overall, they work hard and do what I pay them to do.